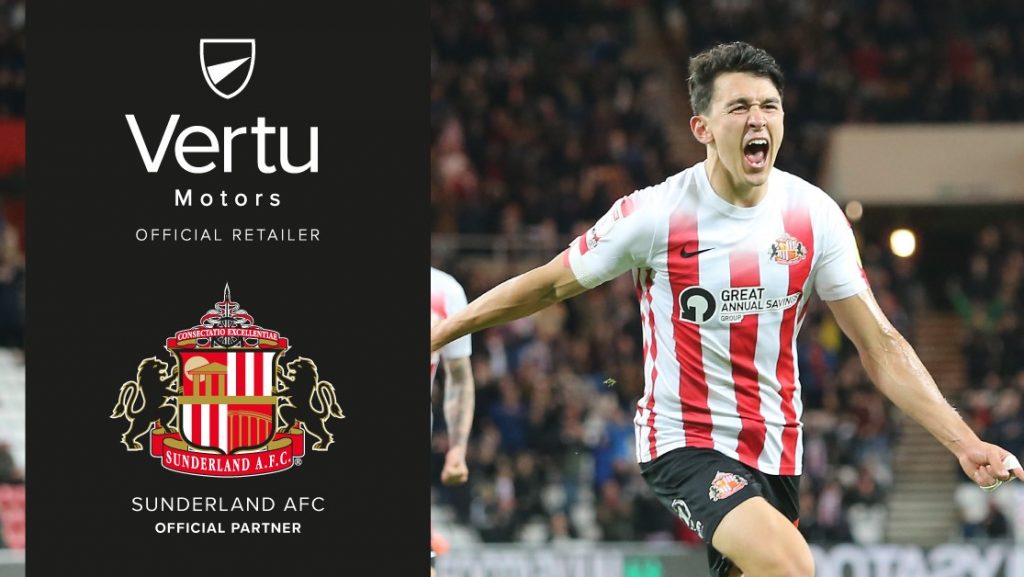 Vertu Motors has struck a deal with Sunderland AFC to become the ‘Official Car Retailer’ for the men’s team.

The North East headquartered company is committed to supporting sport at all levels, and has recently renewed its backing for the Professional Footballers’ Association’s (PFA) Fans’ Player of the Month awards.

This year, the brand also announced the acquisition of the naming rights to the Eagles Community Arena in Newcastle.

Robert Forrester, Chief Executive of Vertu Motors, said: “We are delighted to expand our football sponsorship portfolio with the addition of Sunderland AFC.

“Sunderland have huge support and demonstrate a real commitment to their community, which is fundamental to how we want to promote our partnerships, with a number of our car dealerships also located in proximity of our new club partner.

“We look forward to working closely with them to bring the Vertu Motors brand to their audiences and support their various football initiatives across the region.”

The addition of Sunderland AFC expands Vertu Motors’ partnerships in sport, which include deals with Middlesbrough FC, the Newcastle Eagles basketball team and naming rights for the Eagles’ Vertu Motors Arena in Gateshead, close to the Group’s headquarters.

North of the border, another of the wider Group’s brands, Macklin Motors, has partnerships with Hibernian FC, Heart of Midlothian FC and is a Community Partner of Celtic FC.

MDEX Transitions Into Metaverse, NFT, And DAO As It Celebrates One-Year Anniversary