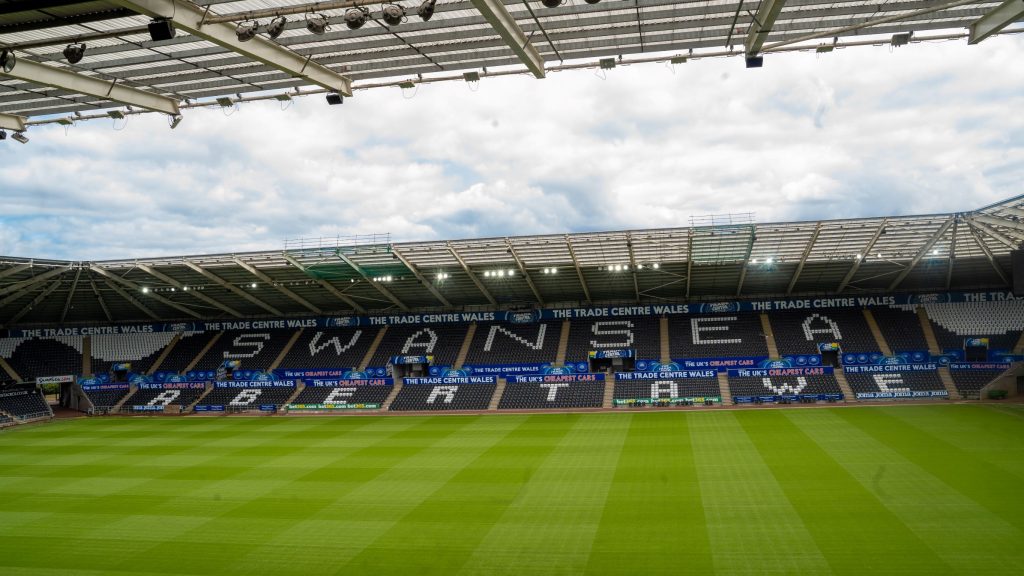 The Trade Centre Group has renewed its support for Swansea City AFC, signing a new four-year deal, through to the 2025-26 season.

The group will also retain its status as Official East Stand Sponsor at the 21,000 capacity Swansea.com stadium.

Founder and owner of Trade Centre Group, Mark Bailey said: “We are very pleased to continue our partnership with Swansea City for the next four seasons. While our business is now a national organisation, we have a long association with the Swans and the team has many supporters within our staff at head office in Neath.”

Swansea City Chief Executive, Julian Winter. Tim added: “We’re thrilled to continue our partnership with the Swans and we wish them the best of luck for the forthcoming season. The Swans first match is against Rotherham, where we have a car supermarket also. I expect that there will be a lot of inter-store football banter over the weekend.”

The company was recognised at the Caravan Industry Association of Victoria Hall of Fame and Business Awards REDARC says it...