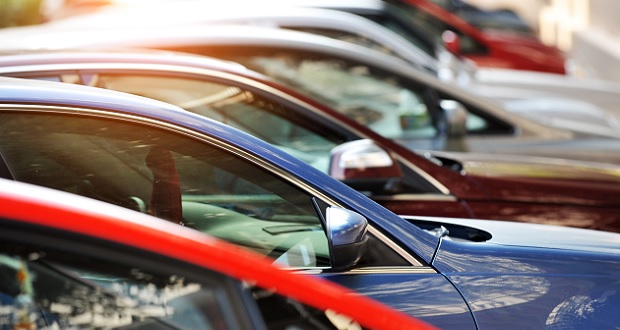 Dealer Auction reported that in August, the Land Rover Discovery 4 registered in the data for only the second time this year, returning once again at the number one spot, with the highest average retail margin ever recorded at £5,100.

Dealer Auction’s marketplace director Kieran TeeBoon said: “This is not a complete surprise considering Land Rover has successfully held top ranks for several months now, proving dealers aren’t shying away from sourcing premium brands, and that there is still considerable profit to be made on the right vehicle.”

Contrary to recent reports of dealers changing the vehicles they stock to prioritise smaller, more affordable products, Dealer Auction’s data shows strong retail margins across the board. It said that the rising cost of living is not deterring dealers from sourcing a diverse range of stock, especially as they are still experiencing a good return on the premium brands.

Land Rover appears as the number one make, with a £3,780 average retail margin.

TeeBoon added: “The current market uncertainty is unavoidable. But there are readily available tools that dealers can utilise to ensure each asset brings them the maximum profit. Ultimately, no one knows a business better than the dealer themselves, but using localised data such as the Auto Trader Retail Rating can support and confirm your professional instincts.

“When it comes to vehicle remarketing, time is money. So, whatever can be done to speed up the process will have an impact on the bottom line – ensuring a diverse list and affording dealers the largest possible profit.”

Richard Walker, data & insights director at Auto Trader, concluded: “Despite concerns or speculation of a market in decline, levels of consumer demand remain robust and above pre-pandemic levels, and so for retailers who arm themselves with the right information, there’s plenty of profit opportunities. Our data shows that the recent decline in used car sales is heavily linked to the availability of stock; where available, sales are healthy – in the under five-year-old age cohort, stock levels dropped 19% in Q2 of this year against 2019, and sales followed suit seeing a 24% dip. However, in the over five-year-old age bracket, where stock levels were up 14%, sales saw a 15% increase. Highlighting the healthy level of consumer demand in the market, we saw a 27% increase in advert views for cars aged over five years on our marketplace compared with August 2019. It’s vital retailers are constantly reviewing their stocking and pricing decisions based on accurate data to ensure they’re getting the very best margins available.

“Similarly, and reassuringly, our data shows that used car values are following seasonal patterns on a month-on-month basis, and there are no indications that prices are softening beyond what we would expect.”

The Mercedes-Benz A-Class bows out of the U.S. after 2022, but the compact sedan and its hatchback counterpart will remain...