Wheels-up, rear-wheel drive vehicles are relatively rare in the diesel world—which means that most of them are instantly recognizable. You might not know the name Jesse Harris yet, but if you’ve seen his tire-carrying square body chances are pretty good you remember it. The hard-launching, Cummins powered ‘75 C10 has competed in Hot Rod Drag Week and Rocky Mountain Race Week, been spotted at no-prep races, and has even made it to select diesel events over the years. We finally caught up with Jesse and his wheels-up wonder over the summer to find out what makes this old-school Chevy tick.

In the family since his grandfather bought it new, Jesse acquired the Scottsdale trim C10 from his dad in 1992 and has been racing the family heirloom ever since. It hasn’t always been Cummins-powered, but once Jesse went diesel he never looked back. “I didn’t know how it would run, but it went 10.20s the first week out,” he told us. “And as for the Drag Week thing…the plan was to drop the diesel in and then come back home and take it out. That never happened.” In fact, Jesse found the truck so effortless to drive on the street that he started driving it to work.

Though the original Cummins powered swap entailed a P-pumped 24-valve, a 9.50-second pass that saw 140-psi of boost cracked the block, and ultimately (at the recommendation of a few close friends) led to the common-rail idea. Already familiar with EFI Live tuning on LS engines, the power management aspect of going common-rail was highly appealing to Jesse. Incredibly, the compound turbocharged and well-fueled 6.7L Cummins that now sits in the C10 is bone-stock. Only the head bolts have been replaced with ARP studs.

Compounds & 1,400HP Worth Of Fuel A compound turbo arrangement originally intended for a Fummins swap positions an S366 over an S483, and the compact combo produces as much as 72-psi of boost going down the track. According to Jesse, he’s been told this set of compounds shouldn’t be doing this, but the moderately-sized system continues to hang tough in support of his 5-second trips through the eighth-mile. On the fuel side, a 14mm CP3 from S&S Diesel Motorsport feeds rail pressure to 300-percent over injectors. The stroker pump sees plenty of low-pressure fuel supply courtesy of a pair of Aeromotive A1000’s. Jesse’s homemade lift pump setup includes a regulated return system and a 10-gallon fuel cell located rearward of the rear axle.

Homebuilt 48RE With Goerend And Sun Coast Parts

Like much of the rest of the build, Jesse handled the transmission work, which consists of a four-wheel drive 48RE that’s been converted for his two-wheel drive needs. Sun Coast’s stubby kit—complete with a larger, TH400 splined output shaft—makes it possible, along with a custom length driveshaft. A Goerend bolt-together, non-lockup converter with a trans-brake, dump valve manual valvebody helps him stage the truck quickly. “I got 898 passes out of the previous transmission leaving at 40-psi of boost or more,” he tells us. ”I build them to shift smoothly, not bang gears and break shafts.”

Stolen, Wrecked, Rebuilt, and Repainted When you own and race a vehicle for three decades, it’s bound to have some history behind it. Outside of racing, Jesse’s Cummins powered C10 has been stolen, recovered, and then was almost totaled in an unfortunate collision with a State Trooper. When the latter accident occurred, Jesse decided to convert to a full tube chassis, build an 8.50-certified cage, and transform the C10 into a Cummins powered full-blown race truck. As it sits today, it’s a long way from the V-8 powered, stock frame long bed C10 it was when it first hit the track back in ’92.

Even though Jesse doesn’t necessarily follow the normal, diesel-only outlets many racers do these days, he still gets plenty of passes in each summer. In fact, whether he’s racing on a legit track or at a no-prep event, Jesse tells us he makes 400 passes a year. It’s no wonder his wild Cummins powered C10 has become so deadly consistent. In the future, Jesse plans to shoot for 8.80s—if not creep up on his 8.50 cage certification. But beyond his goals of going faster, Jesse enjoys the streetability of the truck, how drivable the common-rail is, and how little breakage he’s experienced. The fact that he racks up 15,000 miles a year on the old square body should tell you something about his confidence in its reliability.

“I’m a Chevy guy not a Mopar guy, but I love the Cummins and I like TorqueFlites.” 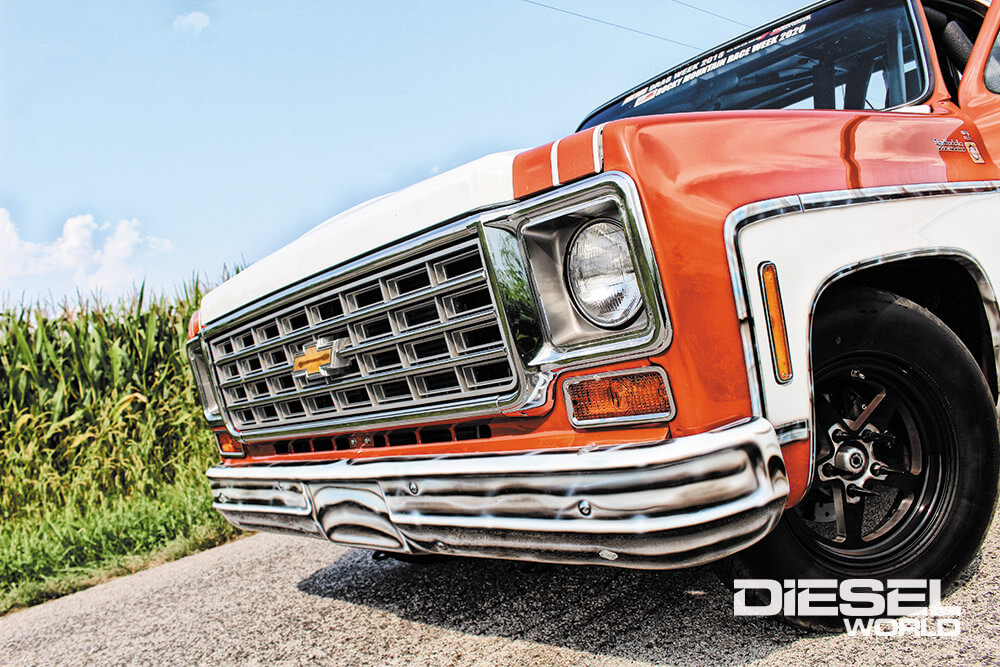 Upon returning home from 2021’s Hot Rod Drag Week, Jesse began piecing together an A/C system so he can tackle the 1,500-mile journey in improved comfort next year. How many people do you know that’ve installed A/C in their tube chassis racecars?

Nations to adopt Bitcoin, crypto users to reach 1B by 2023: Report

Here’s What Will Catapult Cardano (ADA) to a New All-Time High in 2022, According to deVere Group CEO Nigel Green