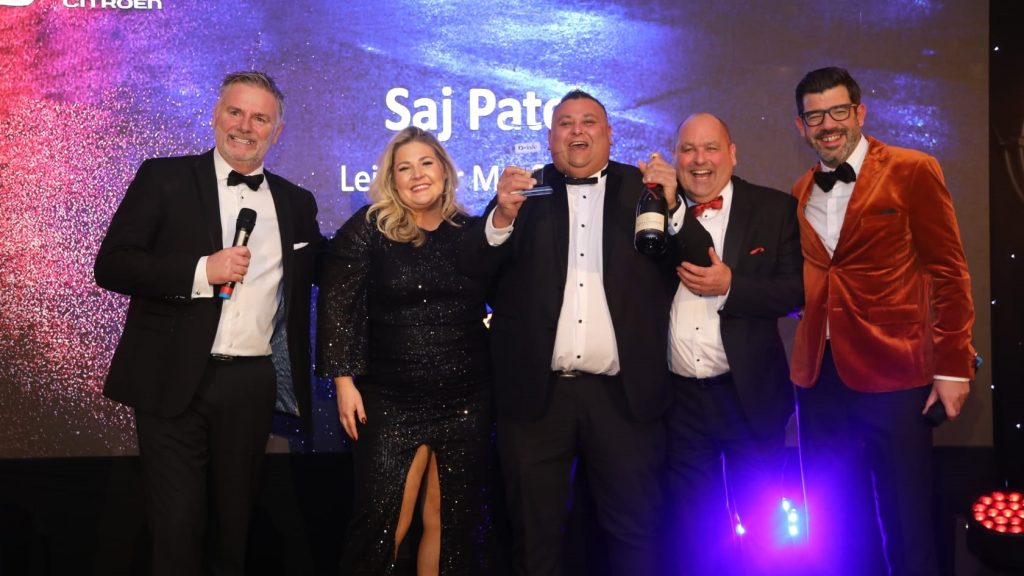 The Vauxhall, MG and Citroen group held the event at the Marriott Hotel in Leicester.

Over 50 employees were recognised for their achievements in the company’s awards, with prizes handed out to the top-performing employees across Drive’s sales, bodyshop, customer service, aftersales and service departments.

Also up for celebration was Drive’s recent success in the Motor Trader awards, where the company’s Bury St Edmunds site won the Franchise Dealership of the Year category.

The site is headed up by Sarah Ferrari, who was named Drive’s General Manager of the Year at the event.

Keenan said: “It was fantastic to be able to get so many of the team together to recognise the amazing achievements of the past 12 months. We have had another strong year of trading and are now looking to push ahead with expansion plans, including rolling out our new used car brand across our UK sites.

Harrison said: “Everyone has worked really hard this year and to be able to celebrate the team’s successes and thank them personally for their continued commitment was fantastic.

“Our performance this year highlights just how brilliant our employees are and to see them enjoying themselves and supporting each other at the awards demonstrates what a great team we have.”

Drive Motor Retail have really focused on employee engagement this year after launching their new employee benefits at the beginning of the year, as well as recently awarding all team members with a Christmas bonus to help with the rising costs of living.

Vikki Meadows, HR Manager at Drive, was the winner of the Head Office Support category at the awards.